In a couple of weeks, we’ll be off to explore another magnanimous Himalayan destination. Tawang, in Arunachal Pradesh.

This destination has been on my list ever since I kindled my love for the rustic parts of the Himalayas! One of the most interesting things about the beauty of these mountains is, no matter how many times one visits the magical paradise, no matter how much time you spend there, you are bound to seek out more. The thirst for exploring wilderness amidst these peeks is never quenched.

It’s not an easy task, mind you, whether you’re trekking the high altitude snow tops or for that matter driving or moving around on the slithery roads of the highest motorable roads in the world the adrenaline rush is one that compounds the thrill of being in the company of enchantment.

That’s what I’m looking out for when my travel partner Feet on the Map and I will head out in a couple of weeks to Tawang in Arunachal Pradesh! Thanks to Ride And Climb Adventure, we’re hoping to get an experience of a lifetime.

From what I’ve heard so far, Tawang certainly seems to be one of the popular yet less explored and so called off-beat locations! One where you’d ideally visit ‘luxuriously’ with whatever little luxury you can afford in such high altitudinal locations.

Not that you don’t get material comfort, but I never was the one that seeks that, Tawang is a land known for it’s Tibetian heritage, Buddhist monasteries and of course the beautiful lakes and majestic mountains!

Tawang was historically part of Tibet inhabited by the Monpa people. The Tawang Monastery was founded by the Merak Lama Lodre Gyatso in 1681 in accordance with the wishes of the 5th Dalai Lama, Ngawang Lobsang Gyatso, and has an interesting legend surrounding its name, which means “Chosen by Horse”.

The sixth Dalai Lama, Tsangyang Gyatso, was born in Tawang. In fact, when the 14th Dalai Lama fled from Tibet to escape from Chinese army, he crossed into India in 1959 and spent some days at the Tawang Monastery before reaching Tezpur in Assam… I realized this when I’d watched a beautiful movie called Kundun on His Holiness!

A good destination like this must have a great itinerary and interesting places to visit. While we’d be visiting most places, and be off the grid for a whole week. While there are plenty a places that we’ll visit and pass through, I’ve already made up my mind on what places are going to entice me spiritually and of course scratch the traveler’s itch within me.

Tawang Monastery: A Tibetan Buddhist Monastery of the Gelugpa sect – constructed in 1681. It was the birth place of the celebrated 6th Dalai Lama, and is home to more than 500 lamas. 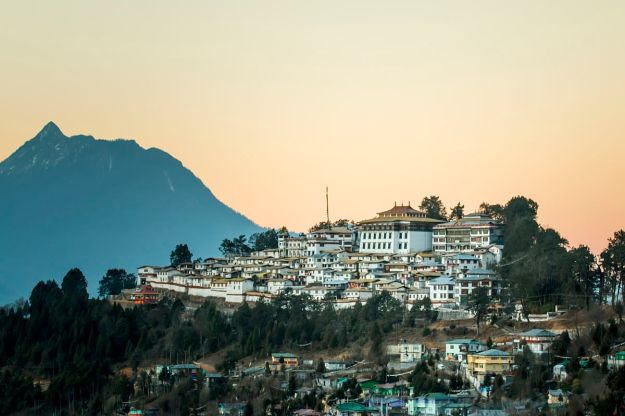 Bum La: The Bum La Pass is located about 37 km away from Tawang in Arunachal Pradesh, at the Indo-China border above 16,500 ft above sea level. This is an old traders road went from Tawang via Milakatong La Pass (La in Tibetan is pass) to Bum La Pass and finally to Tsona Dzong in Tibet province of China. This area is heavily guarded by Indian Army and one need to obtain Protected Area Permit (PAP) to visit this place. PAP can easily be obtained with the help of travel agents in Tawang. 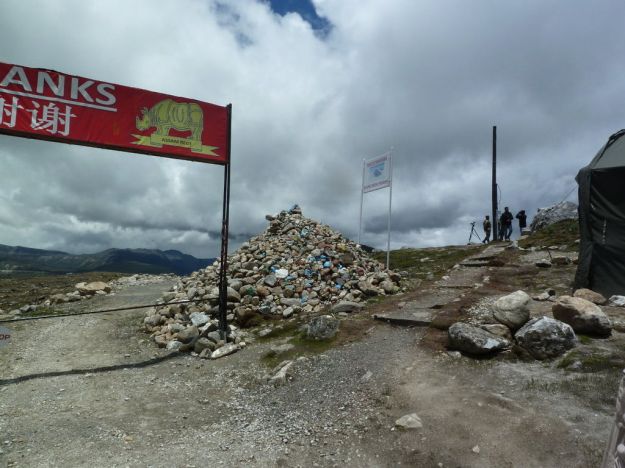 Indo-China border at the Bumla Pass

P.T.Tso Lake: This lake is situated above Tawang and is frozen for about 4-5 months of a year. One can hire a local vehicle and go to this lake. The lake itself is splendid as well as the views from the lake are also unbelievable.

Nuranang Falls: About 100 metres high, these falls are located in the Tawang district of Arunachal Pradesh, India. It is one of the most spectacular waterfalls in this part of the country, yet is unknown to many travelers. It lies some 2 kilometres away from the town of Jang on the road connecting Tawang and Bomdila, so it is also known as the Jang Falls. There is a small hydel plant located near the base that generates electricity for local use. The Nuranang river originates from the Northern slopes of the Sela Pass. Just below the waterfall it falls into the Tawang river.

Bomdila Monastery: And of course on our way back to Guwahati, the visit to Bomdila monastery is a must. A home to Buddhist Lamas and monks at Bomdila in the west Kameng district of Arunachal Pradesh. The colorful land of Bomdila, which lies amidst the graceful Himalayan ranges at a height of 8500 feet above the sea level, is the headquarter of the western Kameng district of Arunachal Pradesh.

The small and beautiful land of Bomdila is an attractive destination for the tourists from all across the globe, who come here to get themselves pampered by the mother nature and have a closer look of Indian culture, Buddhist tradition and hospitable locales of the north eastern India. An ideal place for trekking, the land of Bomdila and its culture is under a strong Tibetan cultural and traditional influence, and therefore, also nests many Gompas or monasteries.

Now begins the 2 week wait and hopefully ends in an eagerly awaiting trip to the land of the Monpa People! And of course, once the journey’s over, hopefully I’ll have many a stories to tell…

One of the most enchanting things in today’s age is the ability to seek unto a divine freedom of the soul!

Many men and women, dream of the clarity that they pursue time after time, especially because they don’t get it in their daily lives. While others, mostly travelers find this aspect of life to be an endless journey. One that is full of clairvoyance, meaning and clarity that others can only imagine.

And what better than the traversing of the mountains, wandering across the horizon to find serenity in nature and introspect, take a peak in your pondering mind. Traveling across the mountains without a clue, without a reason and without connectivity, especially to the rat race that we all take part in on a daily basis. That’s a true reason why I always enjoy hiking, especially in the Himalayas, but even if I’m not in the Himalayas, walking across any mountain range gives me immense pleasure.

One that you can only find when you surrender yourself to the unknown trails, paths, like your destiny that lead you to a mesmerising sunrise, or an enchanting sunset! Traveling across the beauty of organic and natural surroundings without any worldly worries. That’s something that I yearn for, especially when I want to detox, unwind and just completely disappear into the wilderness.

Sometimes I even feel there is a dire need for me to go back into complete dissonance of technology. One that’ll help me attain a nirvana of sorts. I wonder how beautiful every single day would be, with just the nature, a few books, okay maybe a Radio at best to give me company. Imagine the joy of visualising your dreams, settling down and farming on a hilltop, viewing and experiencing the pleasure of sunrise and sunset without having to run for a meeting and or thinking about deadlines!

Someday, that day will arrive soon! Until then, I keep meandering across the world finding the sweet spot, the balance of life between my travels and my work. And it is these mountains that always help me rejuvenate and revive my spirit within, to get back to the grind that will eventually help me get to that ‘Someday’ I’m looking for.